Wow! What a busy time November has been! The month began with us attending the Stepping into Nature at Kingston Maurward where we talked to lots of conference attendees and raised the profile of PPGs, explaining about the valuable work they do. From the conference we also made contact with some great groups in Dorset including an allotment project in Bridport and an art therapy group.

We attended several PPG meetings this month, both virtually and in-person. Gill visited the Sandford and Wellbridge PPGs where she was involved in many great conversations with the groups. At the Grove PPG she met several new members and heard about an Orienteering route for the town being developed by the PPG! She was also really pleased to see two sixth form pupils from the local Sherborne School joining the meeting as it’s so valuable to get opinions and feedback from younger patients. Online, Gill attended the Swanage PPG meeting where she heard about the great work the PPG are doing in supporting the surgery’s new website (see their case study). Gill also joined the online meeting of Westbourne Medical Centre PPG where the group welcomed their new Chair Peter Dow, who will take up the reins in the New Year. Welcome Peter!

Jim visited Wyke PPG, supported the Weymouth & Portland Chairs meeting and participated in the online Cerne Abbas PPG meeting where it was great to hear how the group have continued to support the practice’s covid and flu vaccination programme. He was really pleased to attend the Queens Avenue’s PPG meeting, which met for the first time since the outbreak of covid. There were new members and great ideas discussed for the new year including a possible practice open day, so watch this space!

Jim and Gill were delighted to be invited to attend the first meeting of the GP Alliance where we heard from NHS Dorset Directors about how the view of GPs can be amplified when key decisions are being made and were able to showcase the fantastic work done by PPGs in Dorset. Jim also attended a dementia awareness roadshow in Bridport to highlight the important work groups do to support different patient groups. 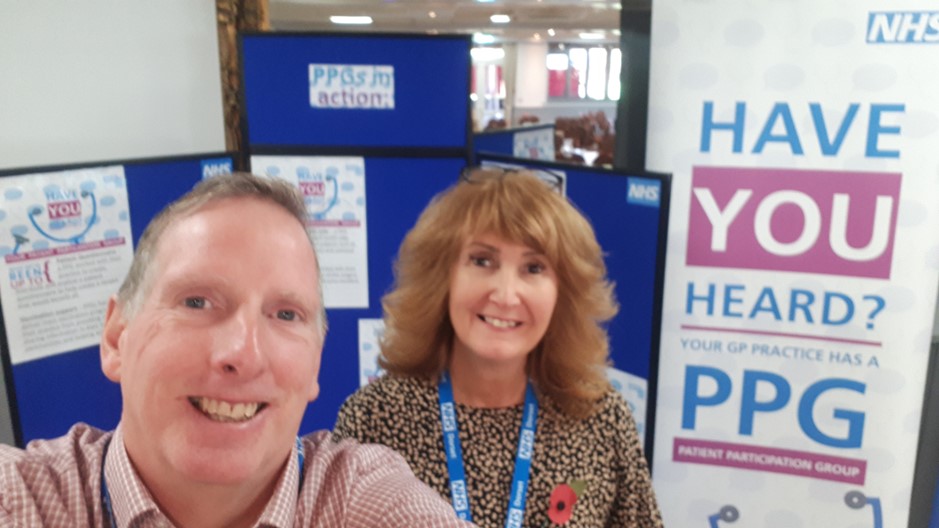 Our final webinar for 2022 was held on 14 November 2022 where we had excellent presentations from Lizzie Kingsbury, Armed Forces Veterans Social Prescriber, and Tracy Rowland from Carers Support Dorset. If you missed the webinar or would like to see it again.

If any of our practices or PPGs have ideas for future webinars, please do let us know, we strive to provide interesting content but are also keen to hear from you as to what you would like to hear about!

We were really pleased to see PPG members being recognised at Volunteer Centre Dorset’s annual awards this month! Julie Saunders, Chair of Cranborne & Lake Road PPG was honoured for her sterling work during the pandemic, working with the practice and PPG on projects such as the installation of an automated vaccine information line which meant that patients had fewer needs to phone the practice. Sue Brunt, Chair of Bridges PPG was recognised for her work coordinating volunteer marshals at the Weymouth & Portland vaccination centre and for creating the Weymouth & Portland Digital Volunteers. The Digital Volunteers were also nominated for the work they’ve done in helping more people in Weymouth and Portland access their health records and manage their health online. Congratulations and well done to Julie, Sue and the Digital Volunteers! More information on Cranborne & Lake Road PPG and the Digital Volunteers. 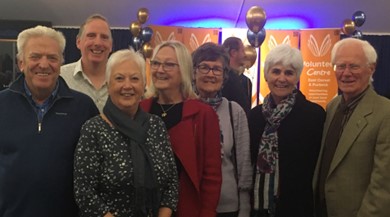 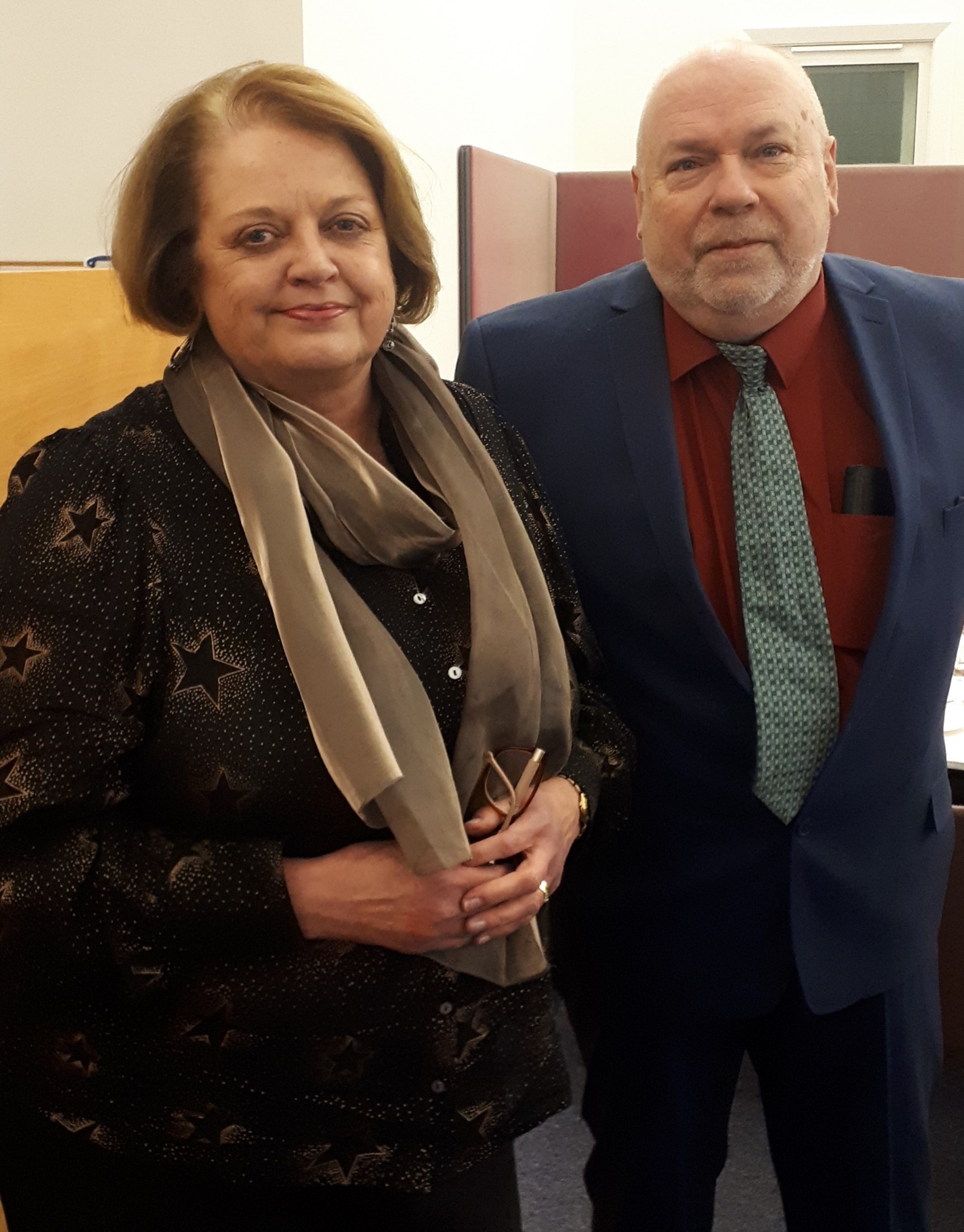 We were both involved in supporting the ongoing 100 conversations project this month by interviewing members of the public about their experiences of Dorset’s public services. We spoke to some really inspiring people who gave us honest accounts of living in the county, and the positives and negatives of accessing health, social care and voluntary services. If you or anyone you know has a story to tell we’d love to hear from you! More details or contact Gill or Jim to talk about the project.

Jim and Gill were so pleased to be approached by NHS communications professionals in the west Midlands to talk about our support of PPGs. We were delighted to talk about the fantastic work being undertaken by many of Dorset’s PPGs and how many groups have continued to flourish even during the events of the past two years. We also talked about how important it is for PPGs to be able to talk to other PPGs in the county so that they can share information and experiences and support each other in times of challenge.

Away from work, Gill has joined a book club which met face-to-face at their inaugural meeting. The first book is “Lessons in Chemistry” which Gill is struggling with, but is persevering! In advance of Remembrance Sunday, Gill and her husband volunteered to sell poppies, it was a wet Saturday morning but it was so worthwhile and heart-warming to see so many people gladly supporting this wonderful charity. Jim went to Cornwall for a few days and visited the Lost Gardens of Heligan and the beautiful costal towns of Fowey, Mevagissey and Charlestown.

As always, we are incredibly grateful to all our practices and PPGs who work so well together, we can never thank you enough for the support you continue to give! 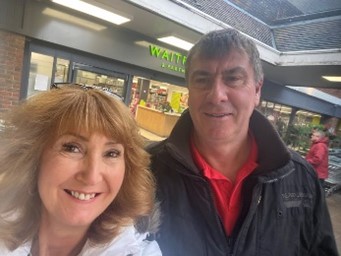 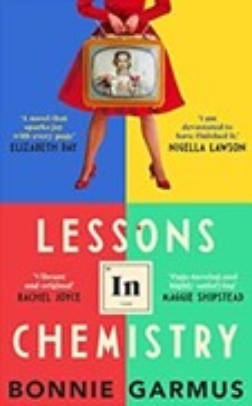